Exploring the role of music in conveying meanings, focusing attention and delineating time.

Understanding the relationship between individual actions and the overall structure created by the group.

Understanding the minimalist aesthetic of repetition and gradual change, particularly with regard to rhythm and texture.

• You may instruct the students beforehand to bring in everyday objects from home that are suitable for use as instruments. You should instruct students to choose objects so that they are physically able to keep playing them for a long time.

• Designate an open space as the stage. Also outline a space representing the audience.

• Have the students go into the 'audience'.

• The first student is then to go on stage and begin performing the sound-producing action chosen. The student may use an everyday object brought by him/her as the 'instrument', producing a sound either in an ordinary way (e.g. typing on a typewriter) or in an unusual way (e.g. pushing a typewriter across the floor). The action repeated may be short or long, slow or fast, realistic or unrealistic. The main thing is that the student must attempt to keep the rhythm and tempo of his/her action the same for the entire time that he/she is on stage, regardless of the tempos chosen by other students.

• The rest of the group is to watch and listen quietly to what the first student is doing for some time. Then, as the first student keeps repeating his/her action, the next student is to go on stage and begin his/her action. It may be similar or completely different to that of the first student. It may be somehow connected or even in deliberate interaction with the previous student (though without disturbing or obstructing the previous student's actions, unless otherwise agreed in advance), or it may be completely independent of them. In any case, the result will be a new visual image and a new soundscape produced by those two students.

• The rest of the group is to watch and listen quietly to what the two students are doing for some time. Then the third student is to go on stage and begin his/her action. This procedure is to be continued until all students are on stage performing their repeated actions/sounds.

• The group is to continue doing this for a while, until the first student to come on stage stops what he/she is doing and returns to the audience. The rest keep on doing what they are doing.

• Gradually, the visual image and soundscape on stage is dismantled, becoming progressively simpler as more students leave the stage in the same order in which they went on stage. Each student returning to the audience causes the visual image and soundscape to change, and sufficient time should be given to watching and listening to the new situation before the next student leaves the stage.

• Finally, one student will remain on stage – the one who was the last to go on stage. The rest of the group is to watch and listen quietly to what he/she is doing for some time. Then the last student is to leave the stage and return to the audience, and the sound performance is over.

• Have the students reflect on the experience after the session. What associations did the various visual situations and soundscapes evoke? What did it feel like to perform this? How did it sound? What was easy and what was difficult?

Topics in the assignment

It is worthwhile to use everyday objects as unconventional instruments in this assignment, but sounds can of course be produced without them too. Even walking makes a sound, and singing, talking and making other noises is also possible.

Generally, the most interesting soundscapes are generated when the sounds used are not continuous (such as keeping a hairdryer switched on) but have some sort of rhythm or variation (such as bouncing a basketball). Allow time for watching and listening. No one needs to hurry to get on or off stage.

Being based on repetition and gradual change, the assignment draws on the aesthetics of minimalism, and the use of unconventional instruments is an aspect of experimentalism. It may be useful to talk about these stylistic approaches in connection with this assignment. Inter-discipline connections, for instance as in performance art, may also be highlighted. 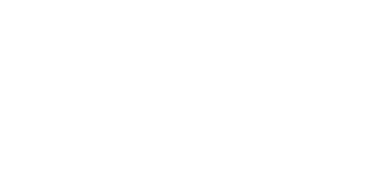 The Opus 1 composition pedagogy databank is a gateway to the wide world of musical composition. It offers all teachers and institutions providing music education an inspiring perspective on introductory composition teaching, including a wide range of composition assignments particularly suited to teaching at music institutes, whether in large or small groups or as individual tuition.

This package was designed and delivered by a working group of specialists in composition and composition pedagogy. The project was supported financially by the Foundation for Finnish Art Music and the Society of Finnish Composers.
Read more…

Please contact us if you want to know more or to submit your own assignments for inclusion: opus1@composers.fi